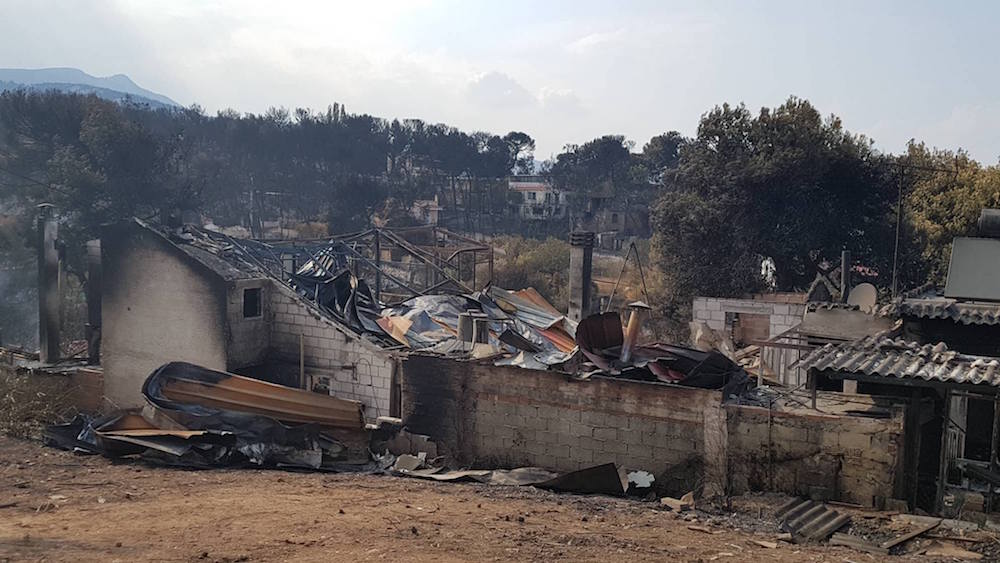 The wildfires in the eastern seaside suburbs of Athens that claimed 84 lives so far are among the deadliest in Europe this century, an AFP report says.

Specifically, in June 2017 in Portugal, 64 people lost their lives and 250 were injured in the deadliest wildfires in Portugal’s history.

The fires started in the height of a summer heatwave and burned for five days in the central Leiria region. Many of the victims died trapped in their cars by the flames while trying to escape.

Violent winds fanned the fires, ravaging some 460 square kilometres (around 180 square miles) of hillsides covered with pine and eucalyptus.

In 2003 in Portugal, gigantic fires caused by a heatwave killed 20 people between July and September in central and southern Portugal. At the same time, nearly 4,250 square kilometers of forest went up in smoke.

Russia also suffered from lethal wildfires this century. In April 2015 huge fires that started in the Khakassia region of southeastern Siberia killed 34 people as well as hundreds of cattle and thousands of sheep.

The blaze, which spread as far as Mongolia and practically up to the Chinese border, also destroyed 2,000 homes and 10,000 square kilometres of land.

In 2010, large parts of western Russia were ravaged by flames for weeks during an unprecedented heatwave and drought.

Between July and August that year, 10,000 square kilometers of forest, bogs and brushwood, were consumed by fire, while entire villages were destroyed.

This year’s deadly fires reminded Greeks of the equally devastating inferno in the Ilia region in Peloponnese in 2007. At the end of August that year, the forest fires killed 77 people.

At the same period, 2,500 square kilometers of forest land in the southern Peloponnese and the island of Evia were destroyed.