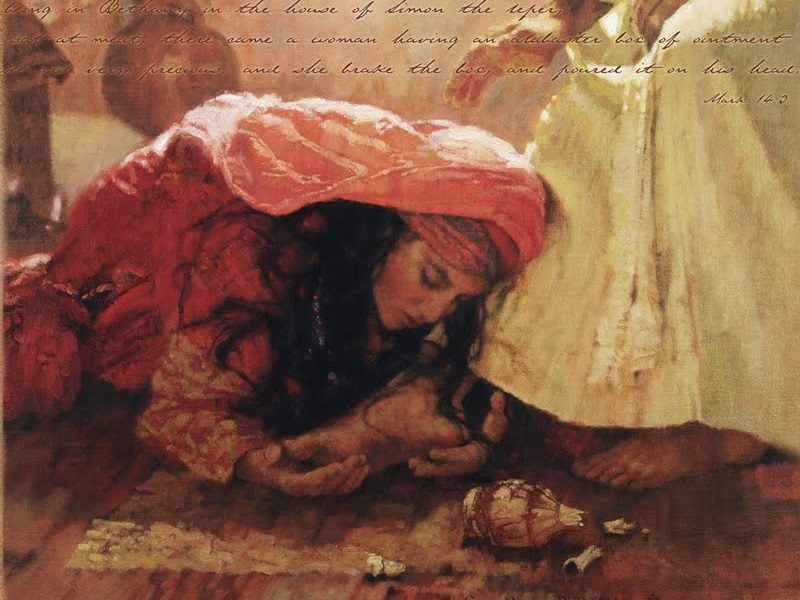 On Holy and Great Wednesday, many Orthodox remember the fact of Christ’s anointing with myrrh by a “sinful woman” before his crucifixion. It is also a time in Greece when churchgoers are anointed themselves in a solemn evening event.

In the afternoon, in all churches, the mystery of the Holy Gospel is held, and then the secrecy of the Last Supper and the Sacred Washbasin. The faithful also remember the plans of Judas Iscariot to betray Jesus.

On Wednesday people remember the woman who anointed Christ’s feet as he sat in the house of Simon.

A second theme is the agreement made by Judas with the Jewish authorities: the repentance of the sinful woman is contrasted with the tragic fall of the chosen disciple.

The triodion, or short hymn, makes it clear that Judas perished, not simply because he betrayed his master, but because, having fallen into the sin of betrayal, he then refused to believe in the possibility of forgiveness: “In misery he lost his life, preferring a noose rather than repentance.

“Many Orthodox also choose to fast on Wednesday in remembrance of Judas’ deal with the authorities to deliver up Jesus.

On the evening of Holy Wednesday the sacrament of the Anointing of the Sick is usually celebrated in church and all are anointed, whether physically ill or not.

It is believed there is no sharp line between bodily and spiritual sicknesses, and this sacrament confers not only bodily healing but forgiveness of sins, thus serving as a preparation for the reception of Holy Communion on the next day.