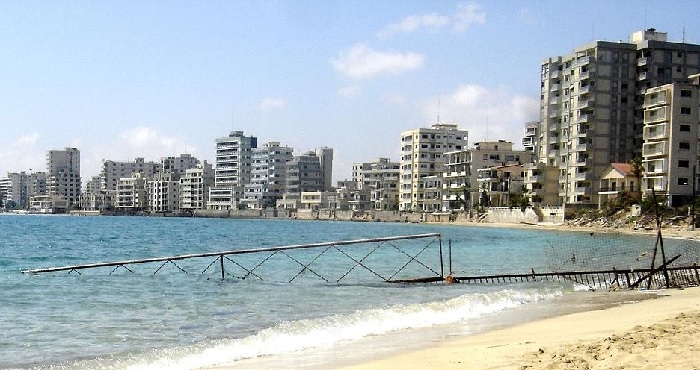 Secretary of State Mike Pompeo voiced deep concern about Turkey’s reopening part of a beachfront resort of Varosha, which was abandoned since Turkey invaded the island in 1974, calling it provocative and seeking its reversal, the State Department said on Friday.

Pompeo made the comments in a call with Cypriot Foreign Minister Nikos Christodoulides, the Department said, referring to Turkish Cypriot authorities partial reopening of the beach town of Varosha, a former resort area fenced off and abandoned in no-man’s land since the 1974 invasion divided the island.

“The Secretary expressed deep concern and noted such a move was provocative and inconsistent with UN Security Council Resolutions 550 and 789 and not conducive to a return to settlement talks,” State Department spokeswoman Morgan Ortagus said in a statement.

.@SecPompeo spoke with Cypriot Foreign Minister @Christodulides on the provocative reopening of parts of Varosha. This is inconsistent with UNSC resolutions. We support a comprehensive settlement to reunify Cyprus as a bizonal, bicommunal federation. https://t.co/T8bipb2UMd

“The Secretary urges a reversal of the re-opening,” she added. “The United States continues to support a comprehensive settlement to reunify the island as a bizonal, bicommunal federation, which would benefit all Cypriots and the entire region.”

An affluent neighborhood of high rise hotels, residences and shops, Varosha’s 39,000 Greek Cypriot residents fled in the second wave of an invasion mounted by Turkey in 1974. It was sealed off by the Turkish military, and effectively left to rot.

Over 39,000 residents fled Varosha after the Turkish invasion of Cyprus in 1974. Overnight, the once thriving resort town was turned into an eerie ghost town. Varosha was then fenced off and remained under Turkish control as a no man’s land, the only one of its kind on EU soil. Although, UN rulings (via UN Resolutions 550 & 789) have called on Turkey to hand over control of Varosha to the United Nations so that its legitimate residents can return to their homes, Turkey’s latest move is to colonize the deserted area of occupied Cyprus. Full story: https://bit.ly/2SQYnXl